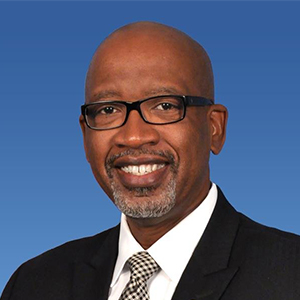 Rick Kriseman was sworn in as the 53rd mayor of St. Petersburg, Florida on January 2, 2014, ushering in a new era for the Sunshine City. He was re-elected in November 2017.

As mayor, he leads an organization of more than 3,000 employees and a city of more than 260,000 residents. Under his leadership, St. Pete has been ranked as Florida’s best-managed and fiscally strongest city and has received numerous accolades, including being named one of the top places to visit in the world by the New York Times and one of the 20 best places to live by Southern Living.

In his first term, Mayor Kriseman delivered on his promise to build a new pier and police station, resolve the stalemate with the Tampa Bay Rays in order to secure the team’s future in our region, establish community-oriented policing, and implement curbside recycling. His work to prepare St. Pete for a changing climate, transition the city to 100 percent clean energy, and expand and preserve green space has continued into his second term. A proponent of alternative transportation, Mayor Kriseman spearheaded a regional ferry pilot program and worked with the St. Petersburg City Council to adopt a Complete Streets policy and fund the city’s first bike share program.

A pro-growth progressive, Mayor Kriseman has been a champion for small business owners, entrepreneurs, artists, and our main streets, while ensuring the continued success for our largest employers.

Prior to becoming mayor, Rick Kriseman served for six years in the Florida House of Representatives and as his caucus's policy chairman from 2011-2012. From 2000-2006, he represented District 1 on the St. Petersburg City Council and served as the council chairman in 2005.

Mayor Kriseman earned a B.S. in broadcasting from the University of Florida and a J.D. from the Stetson University College of Law. He is married to Kerry, a St. Petersburg native, and they have two children, Jordan and Samuel.